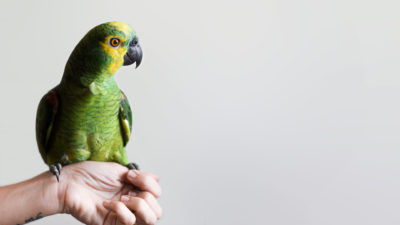 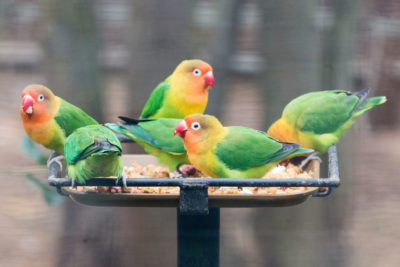 Birds of a Feather Flock Together: The Joys of Multiple Bird Ownership 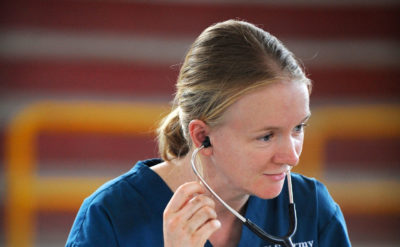 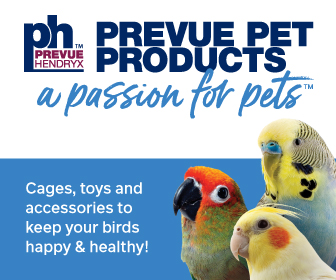 African Grey parrots are very popular as pets because they are extremely intelligent and can learn to talk and vocally interact with their human flocks. In fact, African Grey parrots are thought to be the best talkers of the parrot species as they often learn hundreds of words! African Greys also like to imitate sounds like microwaves, telephones, running water, and the beeps of trucks backing up.

African Greys are often described as shy birds that bond only to one person. However, if they are well socialized, African Greys will be accepting of more people. These birds require a lot of personal attention and social interaction outside of their cages every day. Due to their intelligence, they also require an environment with a lot of stimulating activities, like toys and foraging devices, to ward off behavioral problems.